Does NetSim have a python interface? Can you give an example? Print

Users can perform various operations to control simulation and modify route tables and firewall rules, etc as the simulation is progressing.

Interactive Simulation can be enabled before running simulations using the Run time interaction tab present in the Run Simulation window as shown below: 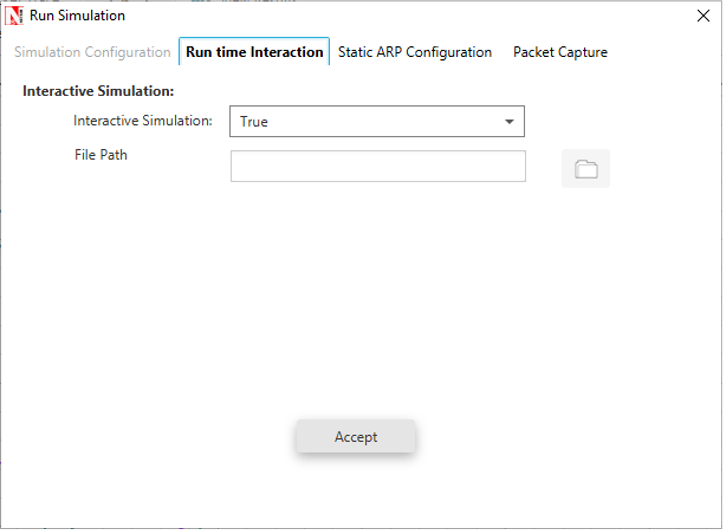 NetSim device console can be accessed by right-clicking on any device and selecting the NetSim Console, after starting the simulation. 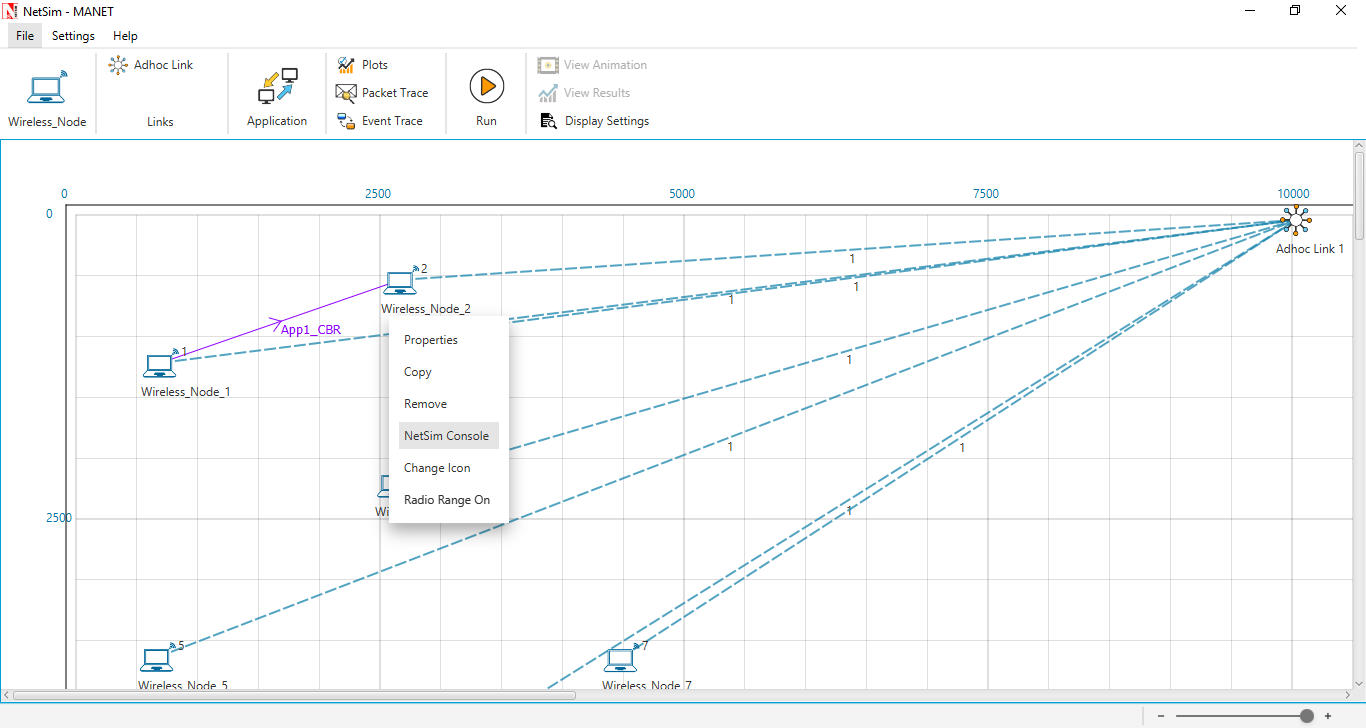 Shown below on the left is NetSim's simulation console where simulation has been started with Interactive Simulation set to true. On the right is the console of a device that is started by right-clicking on the device and selecting the NetSim console option.

It also allows configuring access control rules on the go-to filter traffic at the routers. ICMP ping can be initiated from the device console using Device name or IP address and the same can be visualized using the Wireshark packet capture option.

Connections are made using the port and IP address/Loopback address of the system running NetSim.

NetSim provides a TCP socket with which a socket program/application written in any programming language can establish a connection. The conversation can remain until the connection is terminated by either side.

By default, NetSim users the port 8999 in which it listens for any incoming connections. Client programs can connect to the NetSim socket using the loopback/IP address of the system running NetSim along with the port number 8999.

A client socket program written in Python can connect to the NetSim Server process in a similar way as depicted here using the loopback address 127.0.0.1 and port 8999.

Please refer to the following knowledge base article which explains an example related to the NetSim python interface along with source codes and procedure: