The algorithm enables each UE to connect to that gNB which provides the highest Reference Signal Received Power (RSRP). Therefore a handover occurs the moment a better gNB (the adjacent cell has offset stronger RSRP, measured as SNR in NetSim) is detected.

This algorithm is similar to 38.331, 5.5.4.4 Event A3 wherein Neighbor cell’s RSRP becomes Offset better than serving cell’s RSRP. Note that in NetSim report-type is periodical and not eventTrigerred since NetSim is a discrete event simulator and not a continuous-time simulator.

This algorithm is susceptible to ping-pong handovers; continuous handovers between the serving and adjacent cells on account of changes in RSRP due to mobility and shadow-fading. At one instant the adjacent cell's RSRP could be higher and at the very next it could be the original serving cell's RSRP, and so on.

To solve this problem the algorithm uses:

This HOM is part of NetSim implementation while TTT can be implemented as a custom project in NetSim.

The UEs are subjected to move in the downward direction using File-Based Mobility so that the control is handed over from one gNB to the other. (The scenario has a UE connected to gNB 55, because NetSim requires every gNB to be connected to atleast one UE) 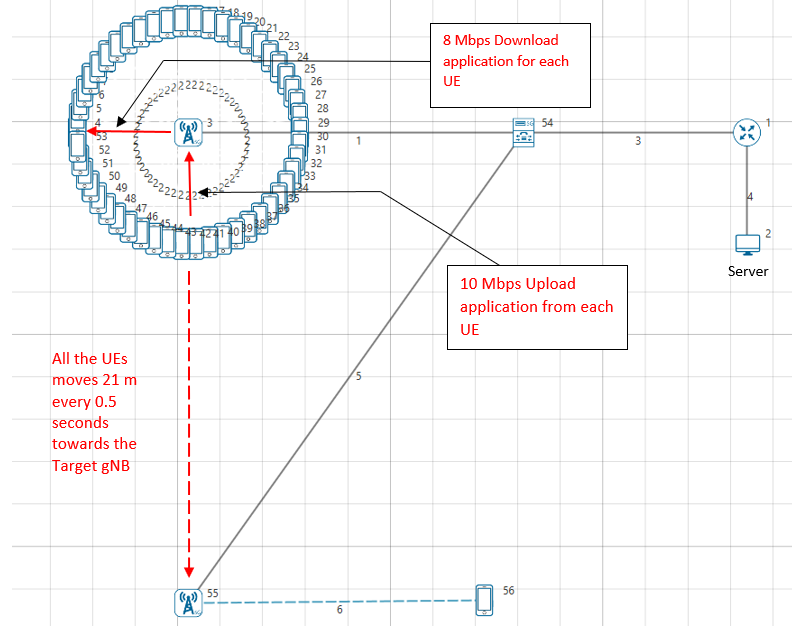 Properties configured in the network scenario:

The following parameters were configured in the Interface LTE_NR of gNB:

The following values were set in the Application configuration window:

The time at which the UEs were handed over from the Serving gNB to the Target gNB can be observed using the NetSim Packet Trace file. 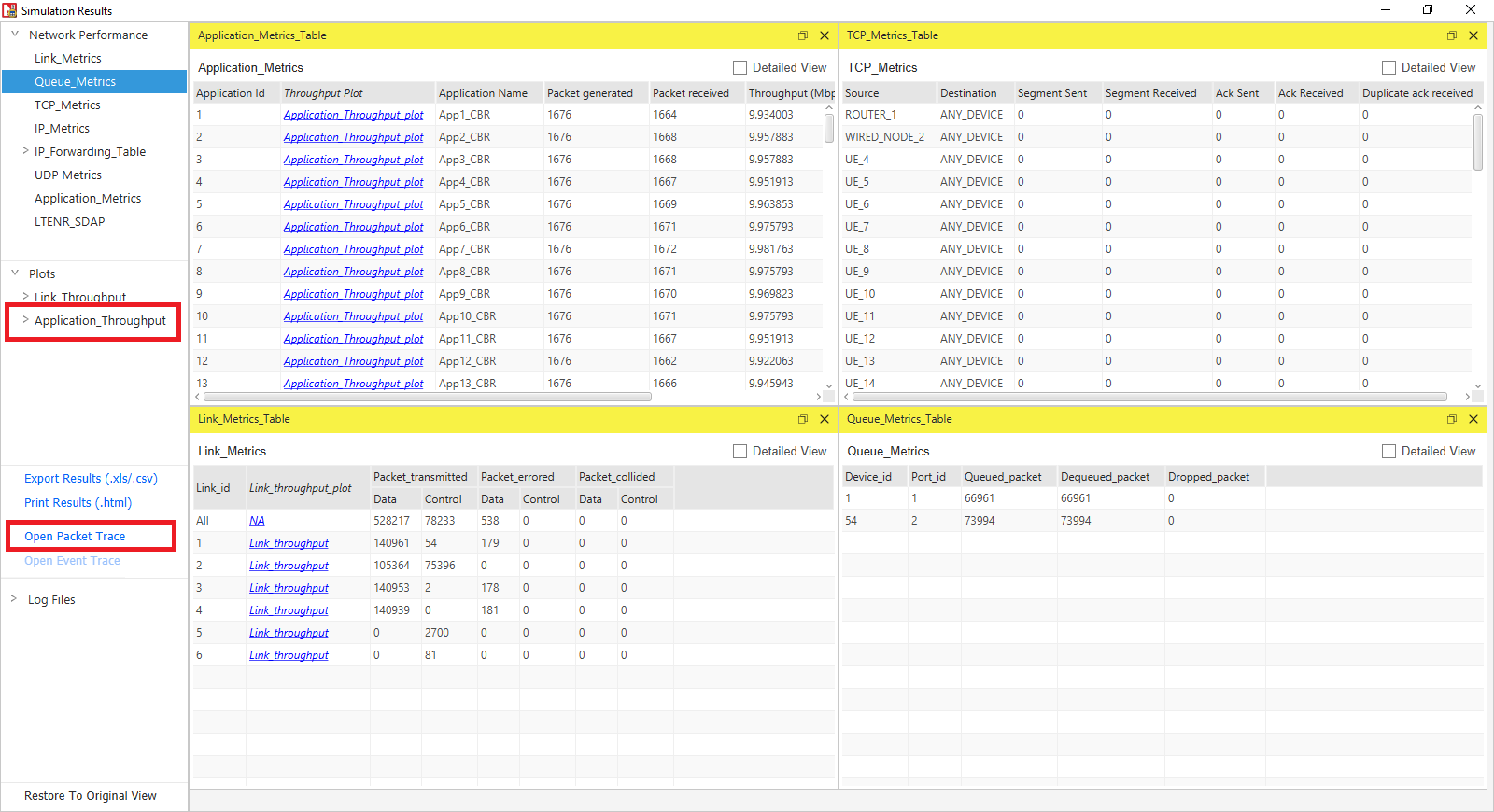 In Packet Trace, filter Control Packet Type to Handover Request. The Handover Request is sent from gNB3 to gNB55 (for each UE) for 8 seconds. The time at which each UE is handed over to the second gNB is different due to the movement of the UEs and also the position of the UEs

Note: Excel imposes a limit of 1 million rows. Hence, users can either simulate a scenario with a lesser number of applications or use a DB/tool which supports > 1 million rows. NetSim saves the packet trace in .csv format. 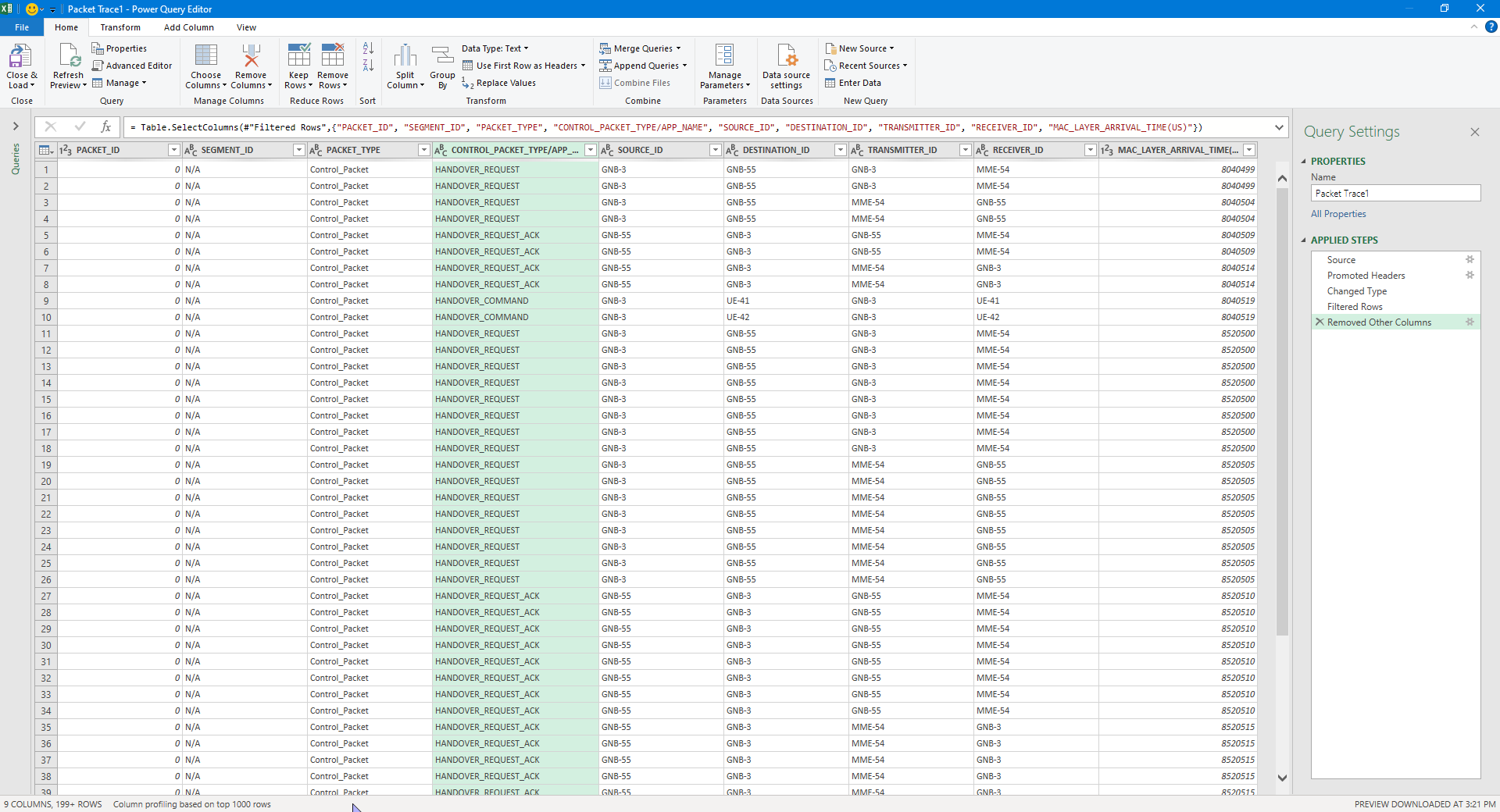 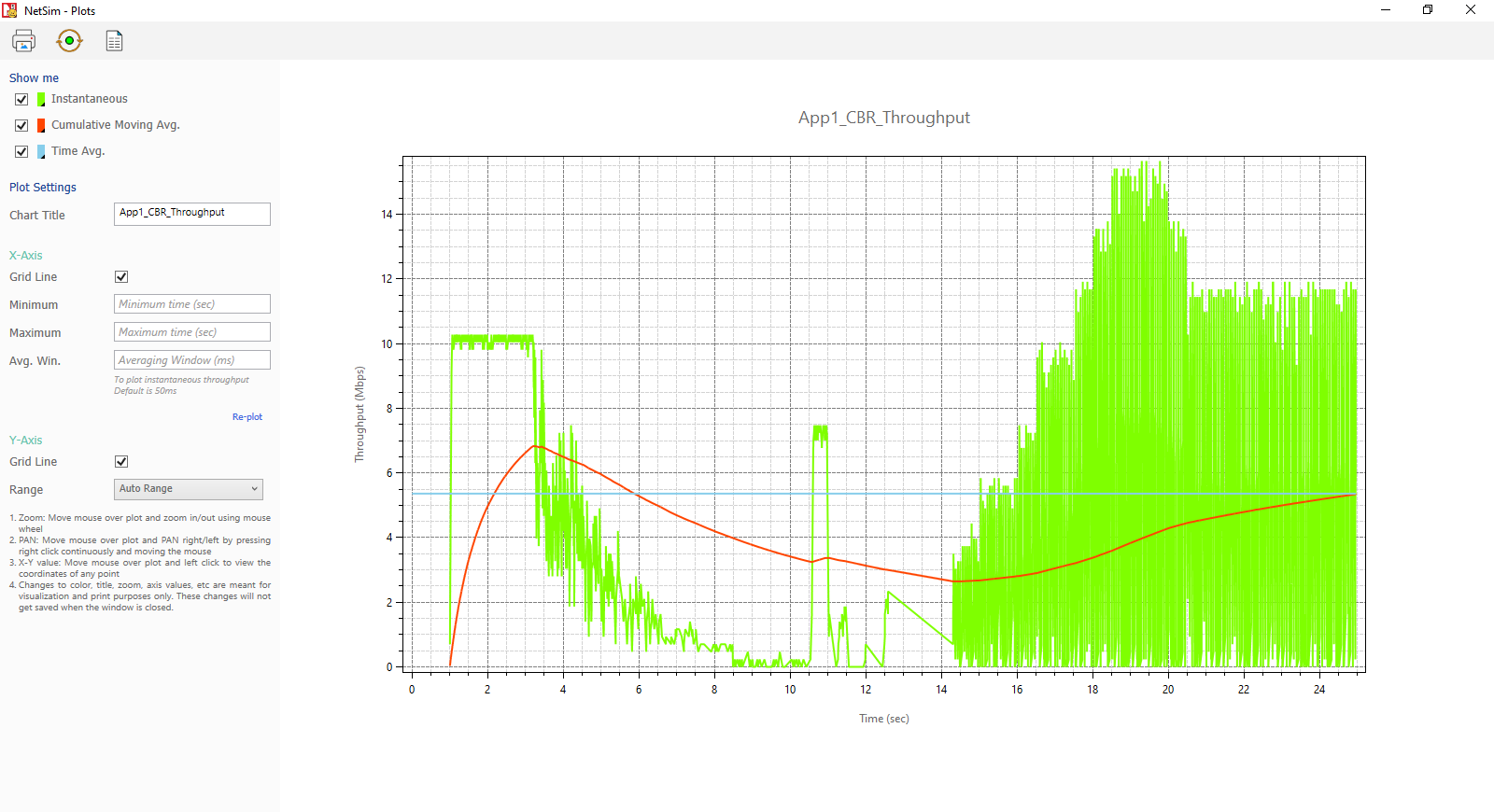 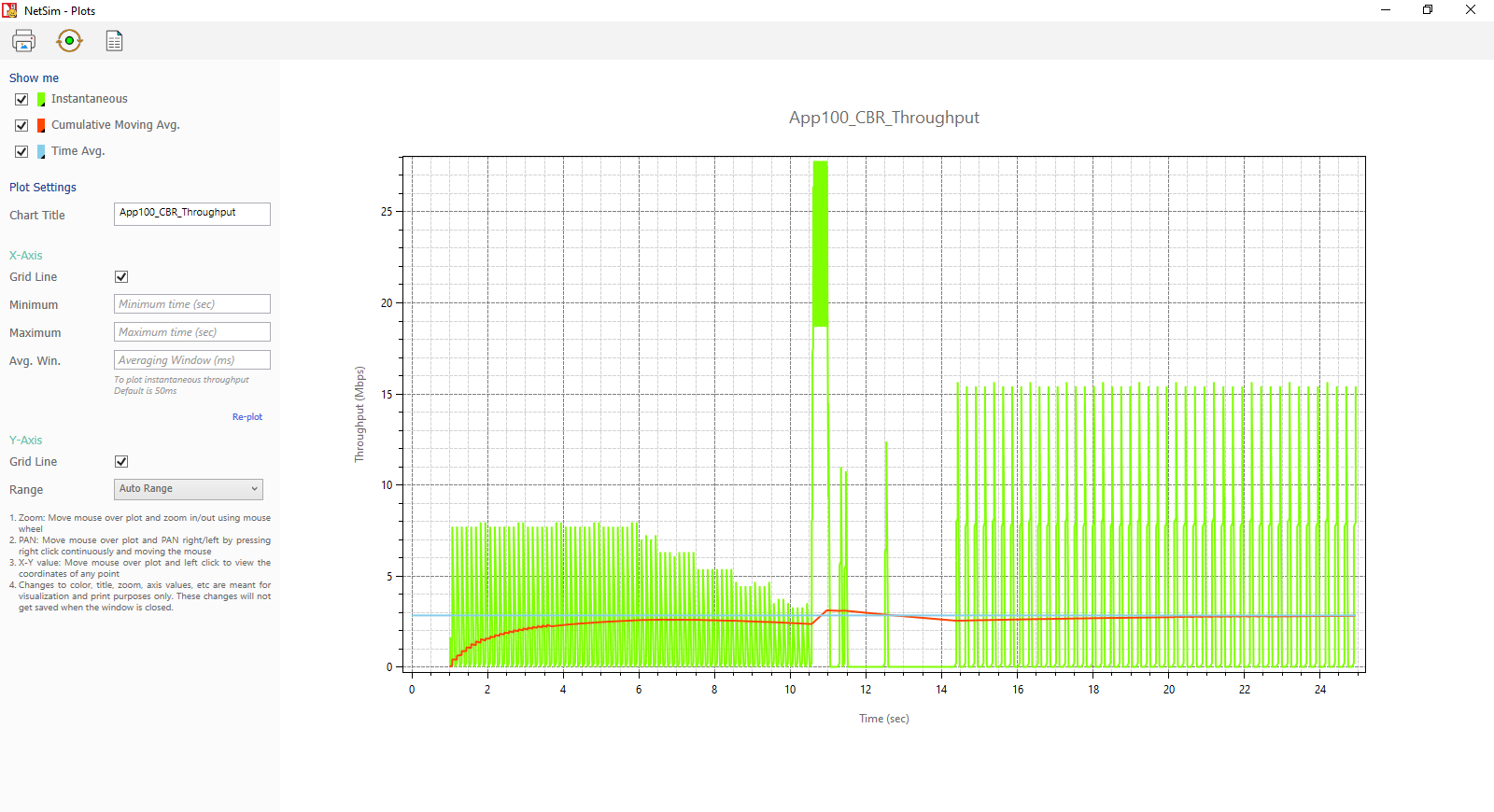 The Handover Procedure can be further understood with the help of the SNR plot. The SNR vs Time plot shown below represents the variation in SNR with respect to time between UE_4 and the connected gNB. 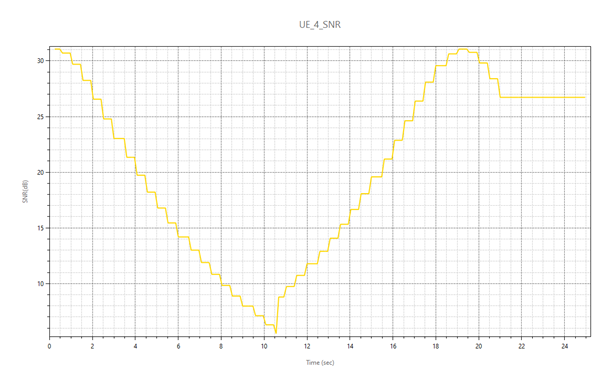 How can I plot SNR measured by UE?

How is the cell selection and UE attach procedure modeled in NetSim 5G ?

How can I get plots for SNR in NetSim?

Where can I find packet trace and event trace csv files after simulation?

How does one start understanding the packet trace ?