NetSim Packet Animator animates packet flow in addition to node movement. Since packets may be generated very often(in intervals of microseconds) whereas node movement happens once in every second(m/s) it might not be possible to identify node movement quickly.

1. Ensure that velocity in the node general properties is non-zero. In WSN the velocity of the sensor nodes is initially set to 0 m/s by default. You may have to modify this to see some movement in the animator.

2. In the packet animator, before starting the animation, increase the animation speed to the max by moving the slider to the right extreme:

3. In case of MANET, in the application configuration, just for you to initially visualize and understand node movement in NetSim animator, you could try decreasing the frequency of packet generation by increasing the inter-arrival-time to 1 or 2 Seconds (1000000/2000000 micro seconds) :

4.  The new locations calculated each time can also be found in the Animation_Node_Movement log file which can be found in the saved directory. (Right click on the saved experiment in the Open Simulation list and select Open Folder). 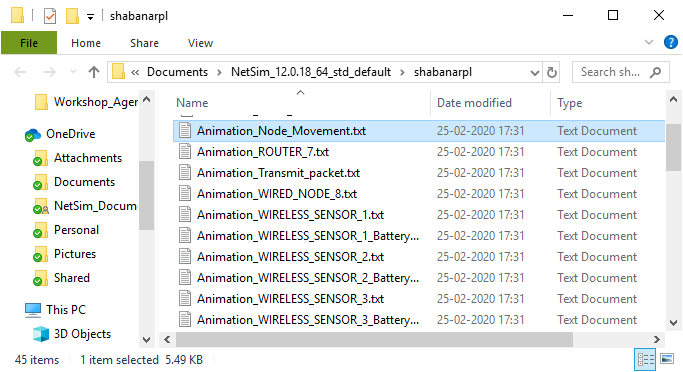 Following is a screenshot of the above file that was opened in MS-Excel after changing its file extension to .csv instead of .txt (you can also open the file in notepad and save it as a .csv file). 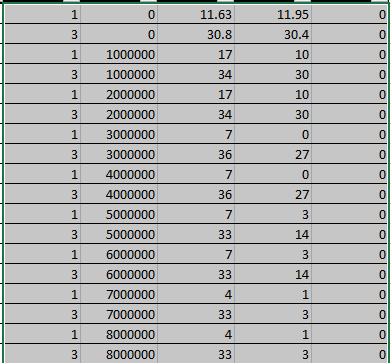 The device id, simulation time in microseconds, X coordinate, Y coordinate, and Z coordinate are highlighted in the screenshot above.
You can also try printing the device coordinates to see new locations being calculated periodically. Please refer to example 2 of the article: How do I write to NetSim console for debugging?