How to add a new device to the MANET Network via NetSim Configuration file ? Print

Let us consider the following Network Scenario with four wireless nodes with all properties set to default: 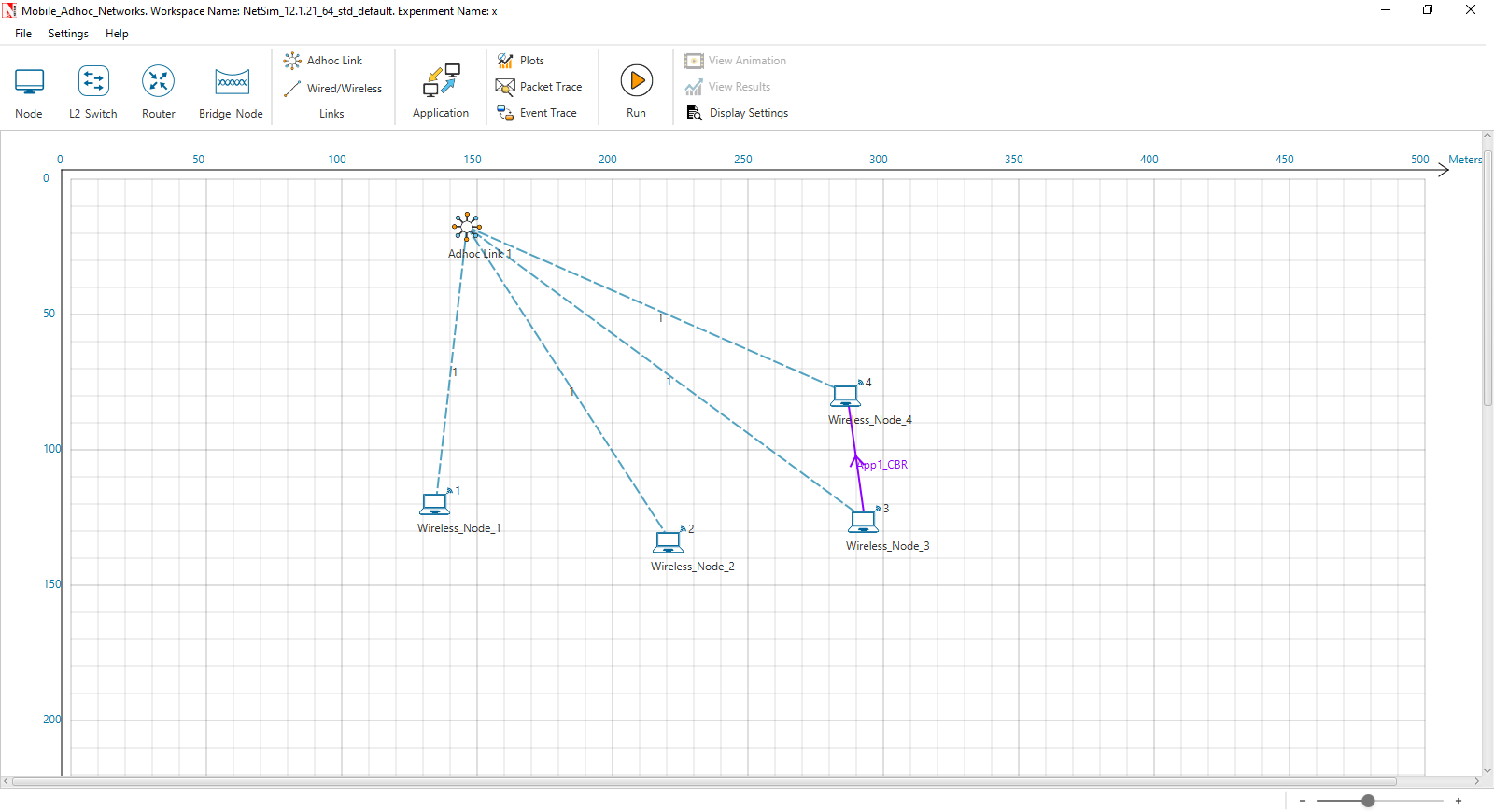 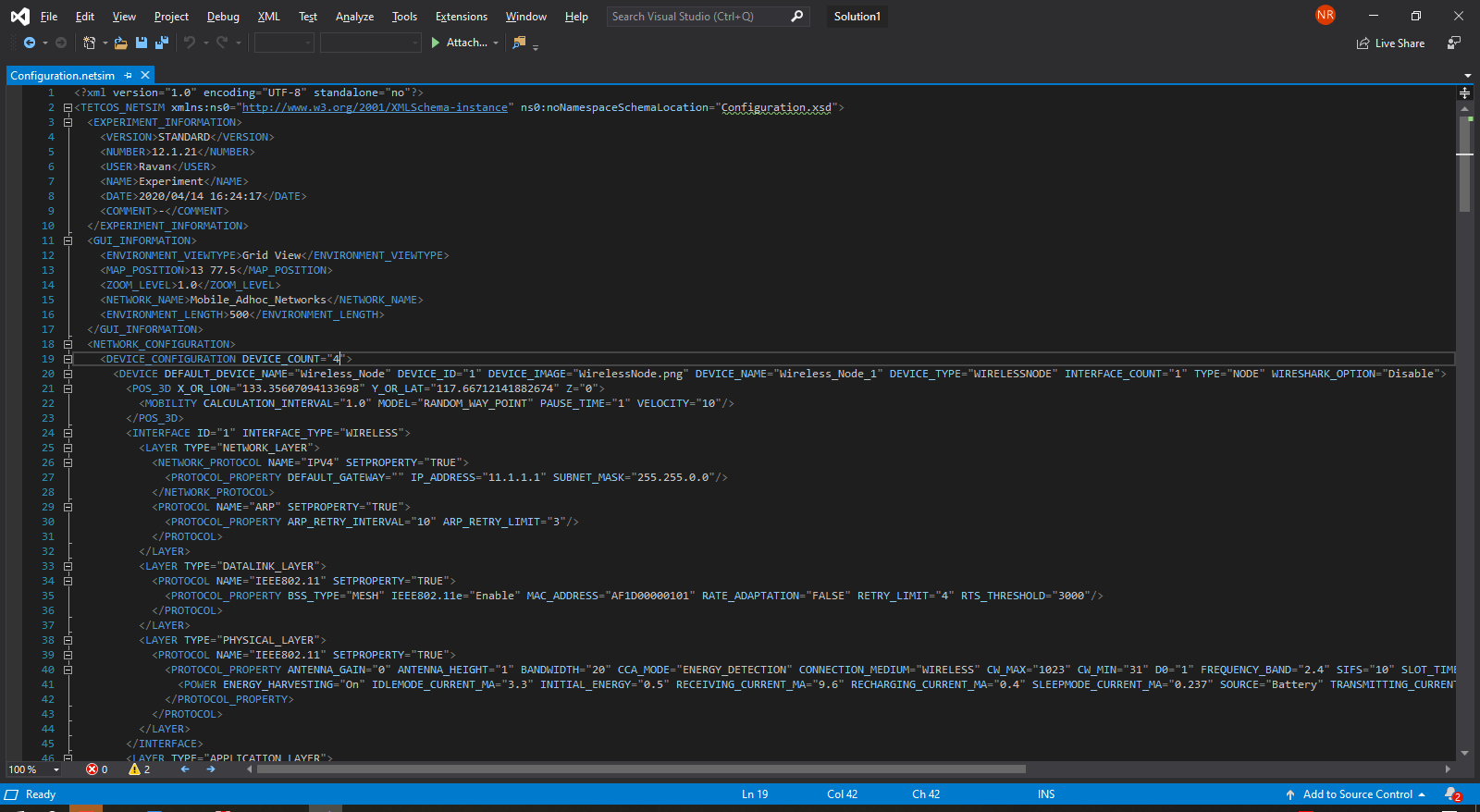 You can find the total device count in the device configuration tag, which will be 4 in this case.

Followed by this is the Device property of each device, which starts with a <DEVICE> tag and ends with a </DEVICE> tag.

By default all four Wireless Nodes will have its unique:

To add a node to the Network Scenario via Configuration file:

1. Make a copy of the saved Configuration.xml file as a backup and open it in visual studio.

2. Modify the total device count in the device configuration, to 5.

3. Copy the device properties of device 1 and paste it just before the </DEVICE_CONFIGURATION> tag.

5. Modify the link device count to 5.

Save the Configuration file and open it using NetSim by going to Open simulation->import experiment.

7. The scenario now looks similar to the following, with a newly added Wireless Node. 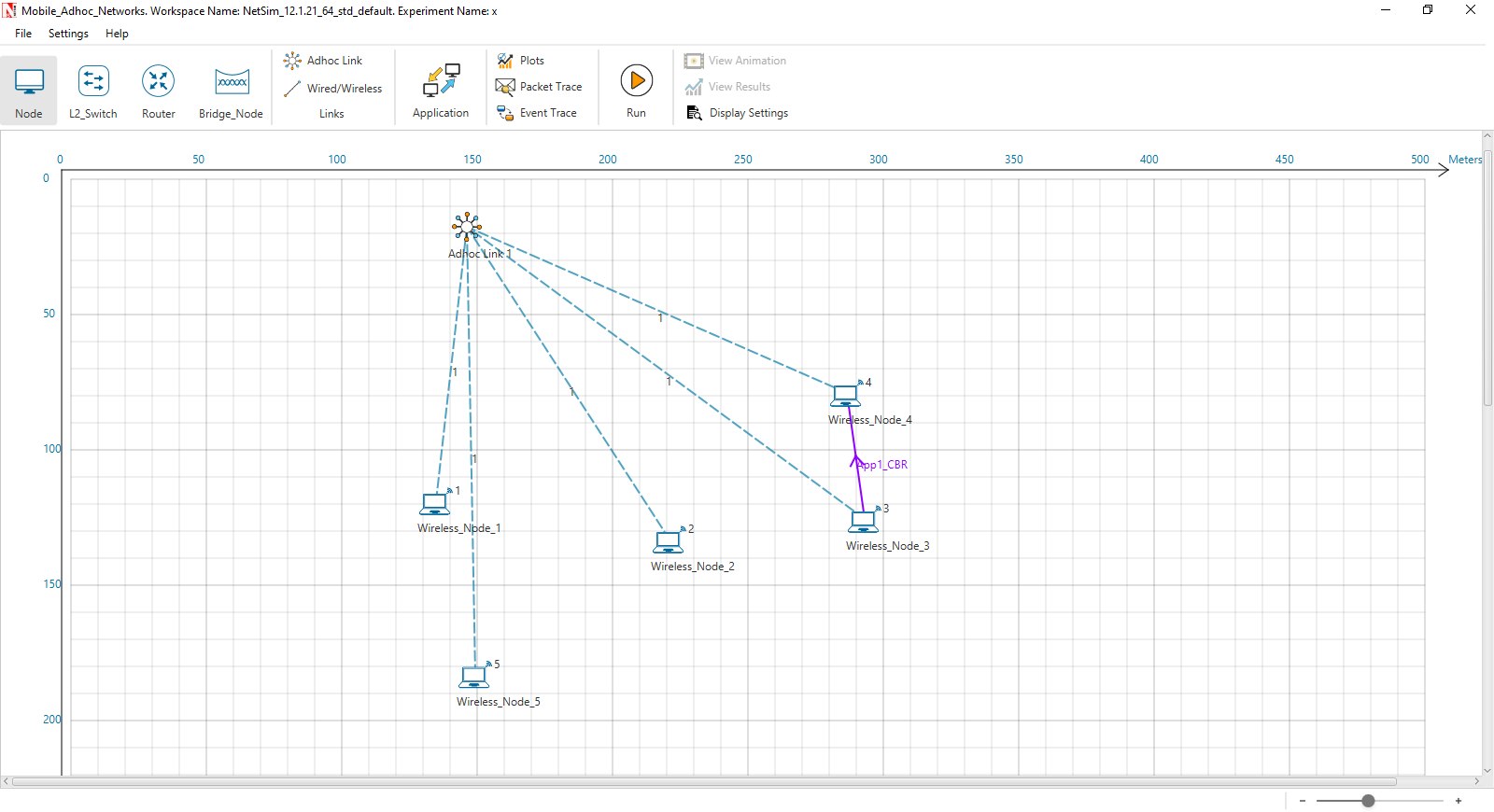 Similarly, multiple nodes can be added to the Network Scenario using the Configuration file.