How are packet collisions modeled in NetSim? Print

Packet Collision is a theoretical concept. In the real world a packet is not a "physical" entity that can collide. Therefore a "collision" is the interference of two radio waves (of the packets being sent).

In NetSim the collision model is as follows -

At the transmitter, when a packet is being transmitted, if the sum of received power from all other nodes is greater than the receiver sensitivity then that packet is marked as collided and the collision counter is incremented. 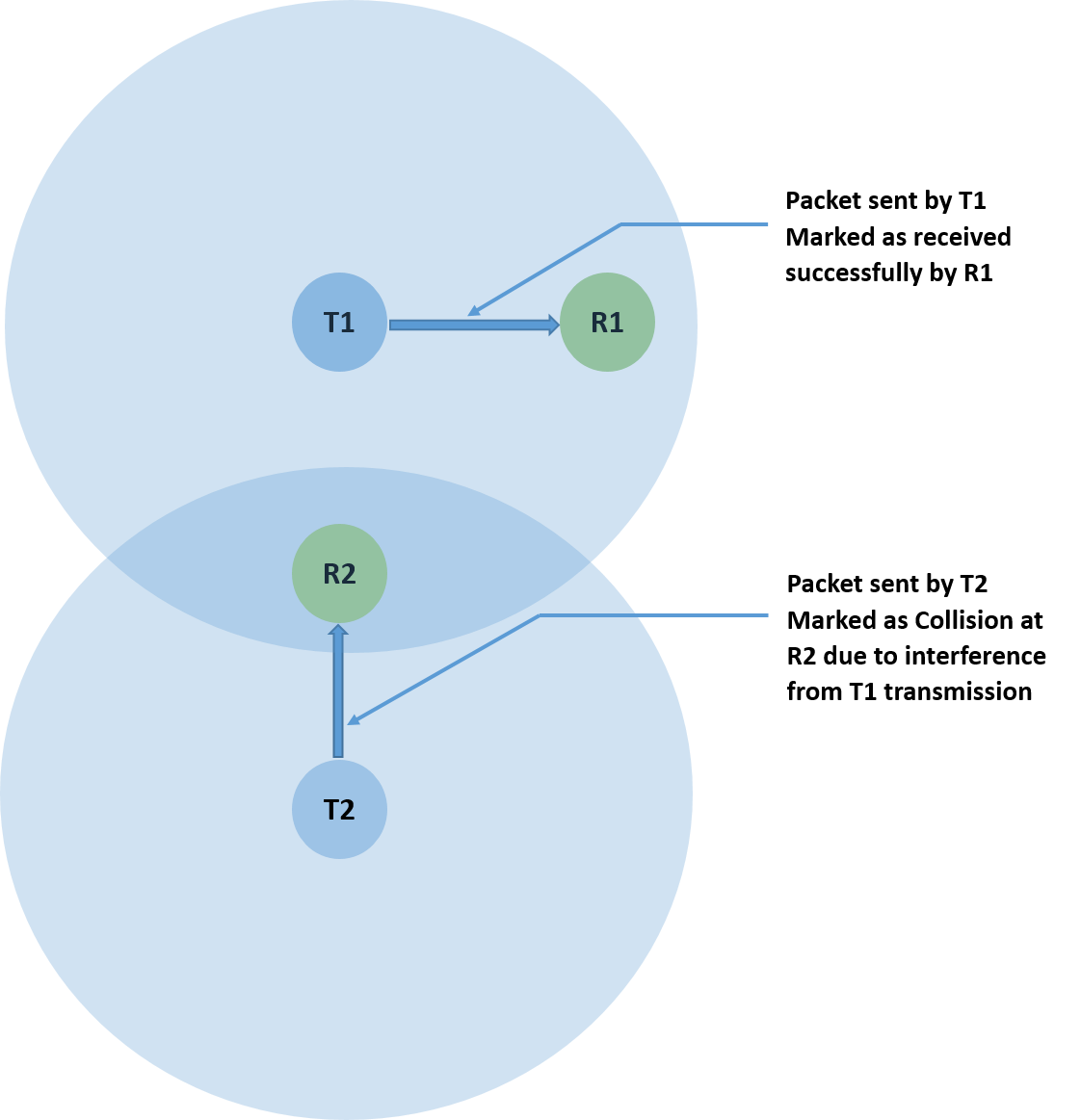 T1 and T2 are transmitters

R1 and R2 are receivers